Ence – Energía & Celulosa is committed through a new Equality Plan to reduce the salary difference and increase the representation of women in the workforce. The company has presented the Equality Objectives for the period 2019-2020, which includes ten measures that are directly related to the company’s commitment to people, and which will be developed in the coming months.

Currently, in Ence, the difference in the average salary is 5% lower for women. According to the data provided by the Annual Survey of Salary Structure of the National Institute of Statistics 2016, the national average is around 22%, while in the manufacturing industry the figure is 21%.

Despite being in a more equal situation than its environment, Ence has proposed a series of actions to achieve excellence in this regard.

To date, the company has 34% of women among workers aged 30 or younger; while taking as a reference the global template, the female gender represents 20%. The figures have been growing since 2015, when they stood at 16 percent and 13 percent respectively. To continue in this ascending line is Ence’s pretension, which aims to promote the attraction of female talent and level the unequal representation by gender in the organization. 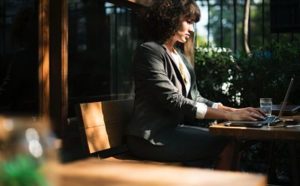 To this end, objectives are established in the development of the staff itself, such as how to apply measures that avoid biases in the promotion processes, or ensure an equitable representation of women in training actions. In parallel, in the selection process, the presence of the female gender will be enhanced, with at least one woman in the final three of all the processes. It is sought that at least 20% of the new hires in the biofactories are women, as well as 40% in the managers and personnel of the individual contract.

Work will continue on the Talent program, in which 75% of the fellows identified as talent in the biofactories have been women. The objective is to achieve a 50% representation of women under 30 years of age with a university degree at the end of 2019.

The decalogue of objectives is completed with conciliation measures to promote the balance between personal and professional life, with flexibility in schedules and creation of specific programs of expanded flexibility for parents with children under 12 years of age.

In addition, to ensure compliance with these Equality Objectives, the company has set in motion the creation of a Technical Equality Commission at the level of the entire Ence Group.

Work with us
Send your CV